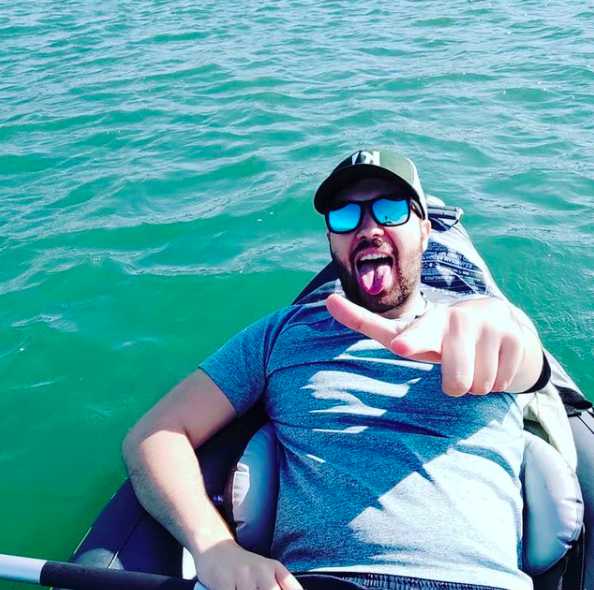 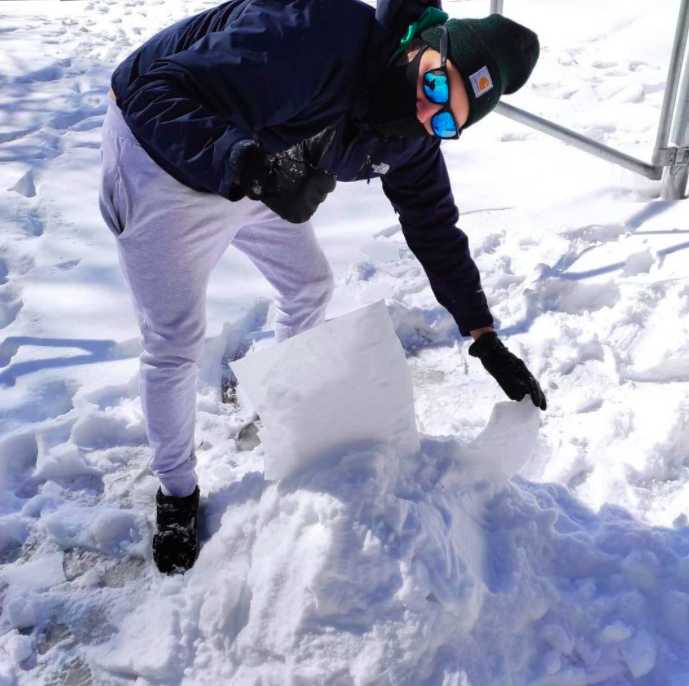 As you can tell from the pictures, the weather has been quite crazy out here in Texas.
Millions of people are currently without electric power due to the fact the electric grid couldn’t generate enough power to serve everyone… mostly because the equipment to generate power froze off.
Personally I have learned a lot as a survivor of this crisis. You can learn a lot from a catastrophe like this one.

A lot of people have suffered losses of property and life, this post is in no way trying to minimize the humanitarian crisis that has occured.

That being said here are some notes on things I have had time to reflect on post-crisis, now the power is back and the roads are mostly clear again.

Give help, get help. Don’t be afraid to ask for help when things get bad!

On Sunday night, around 2am, the power went off. Most people slept through it, inside their home and realized in the morning that they had lost electric power.
The outside temperature reached an all-time record low (-15 C) for Texas during that night.
After seeing the power wasn’t coming back most people started calling friends and family and decided to pack up as quickly as possible and leave the areas that were affected by black-outs.

In the world of indiehacking, community is EVERYTHING.
It will happen often that you will need to ask for help.
You can’t pretend to know answers to everything, this is why communities such as this one exist.
There are days where you get stuck or have a doubt, whether it’s development, ops, sales, marketing or something else.
Reach out to friends (and strangers) in your community for help. Find mentors and reach out to other makers for advice - they might have been in your shoes just a moment ago and have found a solution that can work for you too.

Don’t pretend everything is okay when it’s clearly not - go out and ask for help instead of sitting still or stuck. Momentum matters as it creates energy.
Similarly as when in a weather crisis - I guarantee you no one likes to sleep in super cold weather and no lights!

Unfortunately not everyone has friends or family nearby, things get more tricky - but not doing anything and suffering alone isn’t a solution. You have to act.

If you see a storm coming, don’t ignore it.

One of the biggest shortcomings from the leadership running the state of Texas was poor communication, poor preparation and pointing fingers at each other.
If you know that a huge snowy cold-front from the Arctic circle is going to crush into you, you can’t just pretend it won’t do anything.
Closing your eyes when you know an emergency is about to happen is not the solution ever…and neither is causing panic or advocating for the end of the world.

Texas was not prepared for snow - it’s Texas! - the infrastructure and the tools to fight snow aren’t there. Yup not even shovels, salt for the roads or cold-weather-proof electricity generators (sun, wind, gas and nuclear powerplants’ operations all froze, no pun intended).
With a little foresight it would have been possible to prepare for this disaster, bringing help from other states and declaring state of emergency while working hard to protect the citizens.

Similarly as a state-wide emergency, as a maker you need to set-up proper mechanisms to protect your business: when things get rough prepare a plan to mitigate them.
Especially when you see them coming.

Whether it’s caused by budgets cuts, overwhelming tasks or just external factors such as web-traffic spikes (that could take down your product’s infrastructure), you need to prepare for the worst.

One great activity that I found myself doing is read on Indiehacker’s community board for posts from founders who are shutting down their product.
I always try to analyze what went wrong, what were the red-flags and what did the “founder” do to try and save the situation.
There are a lot of them and tons of learning.
Sometimes a simple post on HN or being hunted by a 3rd party on Product Hunt will cause you a lot of trouble and your infra going on.
Other times you might be target of a cyberattack or DDoS on your IP by unknown third parties - even if you DON’T see trouble coming your way try to prepare for it by learning as much as you can from others who have been in your situation and have a plan make it through the storm with as little damage as possible.

If you’re in a leadership position and there’s an active crisis on your hands - don’t be SILENT, don’t just do NOTHING.

Another really bad situation to find yourself in as a leader is one where everything around you is on fire and you just bail out and forget about the people that you lead.
Unfortunately this is what happened, the Texan leadership has been extremely quiet throughout the whole crisis only updating the state’s population very sporadically and did so only to throw shade at each other (it’s always the case with republicans vs democrats in America, usually).
People did not know what to do during these trying times, and when you don’t know what to do because you have no food, no water, no electricity and there’s a snowstorm outside you will look for help. Unfortunately looking up to any sort of leadership, city, county or state did nothing. Leadership was either hiding behind the curtains or running around like headless chickens, unprepared.
When you’re the founder/CEO/main person behind a company you should take time to talk with customers and your team during active crisis. Keeping cool (no pun intended again) at all times and using anything in your arsenal to maintain the situation under control.
You should do ANYTHING you can to provide guidance to help those who look up to you (and in the case of a state - voted for you to be there when in need).
You should clear the air from nonsense, provide solutions and use your leader skillset to approach and resolve problems.
As a leader, ensuring throughout the crisis that you get enough support from your peers - who are also in leadership positions - can help alleviate the stress of dealing with a burning fire.

BONUS: Remote-work is the future and actually saved us

At work we’re a remote team made mostly of talented folks spread around Texas and neighbouring states who are in our timezone. We had a tight deadline that was specifically aimed at releasing features for an extremely important customer (Let’s call them MVC in honor of Most valuable customer).
We had agreed that we would release an update to the product by Thursday, both us and MVC had signed off on it - as Friday they would need to use the update to achieve their goal.
Then the weather made this week a working hell. Most people lost access to their computer, because there was no power and internet.
No restaurants, bars, stores were open due to the weather, so even willingly there was nowhere to go out and work from.
Luckily a few members of our team who weren’t located in Texas were able to put their supercape on and power through, night and day - working incessantly to release the feature in time.
Everything went well, MVC were very happy but we never told them that we almost failed to deliver in time.
Had we not, they would have had a very bad time explaining to their own customers why they couldn’t release the features, that we provided them with. (To keep it simple and short - think of it as a white-labelled feature, they would sell to their audience but that is offered by us).